Some superb performances from Wycombe Phoenix athletes at the Bucks Schools T&F champs on Saturday in Milton Keynes.

In Nigel’s sprints group Josh won the Inter boys 200m and placed 2nd in the 100m achieving the English Schools standard with 11.2. Christina won the Inter girls 100m and made the final of the 200m. Tam set a new pb of 11 9 in IB 100m final. Olivia and Nu’bia both competed with distinction in the junior girls sprints and long jump. Well done to Zenzele who ran the IG 200m followed by the 300m soon after which was very unfortunate timing. Finally commiserations to Devonte who hurt him hamstring in the IB 100m final.

In Leanne’s sprints and 400m group in the junior girls Keira and Aoife performed out of their skin achieving 4 new personal bests. Keira smashing her 100m pb by nearly two seconds to 13.6 and finishing 7th in the final. In the 200m Keira placed 2nd in her heat again running a new pb of 27.8 and Aoife winning her heat in a new pb of 28.4. In the final in what was a super close battle Keira placed 4th and Aoife 5th. In the long jump Aoife was in fine form winning her pool and jumping 4.36 to place 4th overall from 22 girls and show real talent in a new event for her.

In the IB 800m Rai achieved a big PB of 1:57.5, in a thrilling race which finished with the Rai and Ewan Maxwell being given the same time, but Ewan being awarded first place. The time was a Championship Best Performance, the previous record being 1:58.3. In the IG 800m, Liv dominated both the heat and final, becoming County Champion in a comfortable race for her. In the JG 1500m, Evie ran a tactically astute race tucking in behind the eventual 2nd placed runner, timing her move to perfection to become County Champ and bagging a PB at the same time. And special mention for Mae, who took a tumble in the 75m hurdles, but got straight back up and finished the race!

Below are the full results from Mike’s group who all performed so well.

And what wonderful performances from Ryan Wells in the Inter boys age group.. Winner and CBP in the 100m hurdles with a new pb of 14.2. He also won the triple jump with 12.94 and also placed 2nd in the discus with 36.49.

Congratulations to everyone who competed on what was a superb showing from all Wycombe Phoenix athletes. And great thanks to many of the club officials who gave up their time to support such a wonderful event.

Full results links from the event below:
https://www.mkac.org.uk/static/21Bucksschoolstf.htm 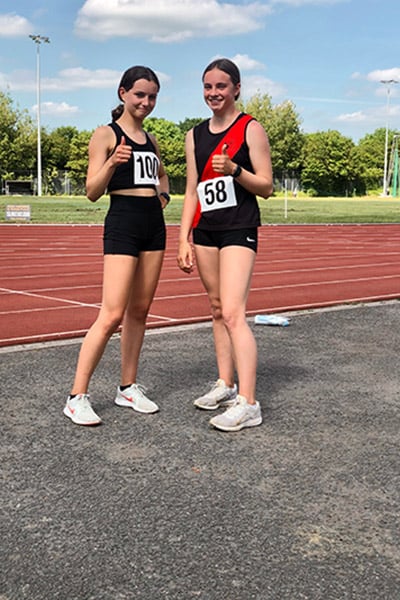 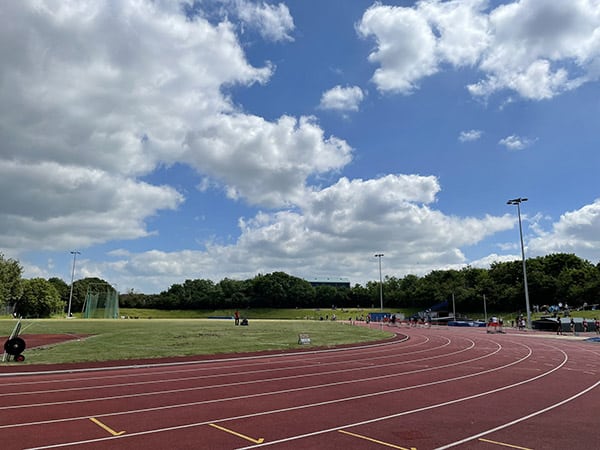