The South of England Cross Country Championships is a historic event with many iconic winners. The Senior Men took on the unique challenge of running 15km, which is longer than the other area championships. This year’s event was at Beckenham Park, London. The course was a rolling 4 lap course with a challenging hill at the back end of the course as well as challenging trails through the woods.

First home for the club was Liam Busby in a brilliant time of 54:29 for 112th Position. Dean Childs was second home in 178th place followed by Sean Wilson in 217th Place. Rohit Patel was 4th home for the club in 256th place followed by Tim Hogbin in 325th, followed by Grant Bateman in 361st, Shaun Chillingworth in 518th, Ben Wise in 585th and Mike Taylor in 602nd place. A fantastic run by all on a hard course. Lets also not forget Ana Montgomery who also competed in the senior women’s race and completed a 5 mile version of the course finishing 63rd.

Next up is the final Chiltern League and the big one, the National Cross Country at Parliament Hill where the club expects a large turnout of Senior Men as we complete the winter season in style. 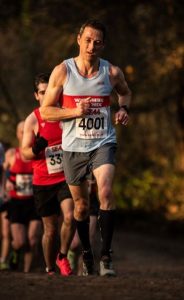 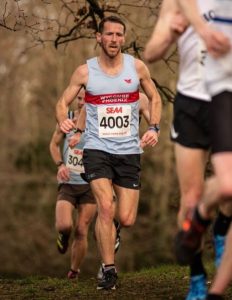