Ryan Wells was our star performer with 4 gold medals, and a Club record. 1st place in the u15 Discus, Hammer, Shot and 80m Hurdles was a tremendous string of performances. Ryan’s 39.84m in the Hammer was a Club record. He also placed 2nd and 4th in Long Jump and 100m!

Other medalists in the throws were Caitlin Neale, SW Discus 1st, Finley Sanders u15 Discus and Shot 2nd, Sally Grimm u15 Javelin 1st, Nick Mitchell u17 Discus and William Alexander in the u13 Javelin 2nd. Well done to Coaches Alex and Jodie.
Clearly, a young man of many talents, William also medalled in the Long Jump, 100m and 75m Hurdles. 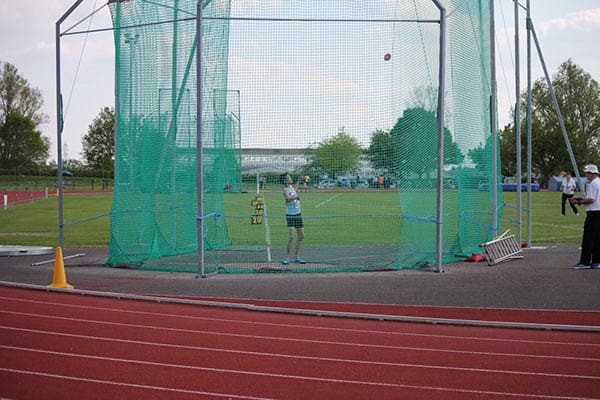 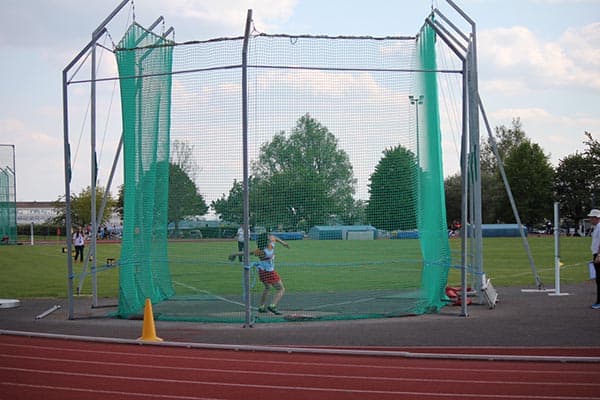 A number of our sprinters also ran well. Christina Poulsen narrowly missed out on a medal in the 100m but returned the following day to medal in the 200m with a fine 2nd place finish.
Finlay Sanders and Tamukanshe Mango both made the 100m final and then placed 3rd and 4th in the 200m. Louis Greenway also medalled with a 3rd place in the u17 100m. 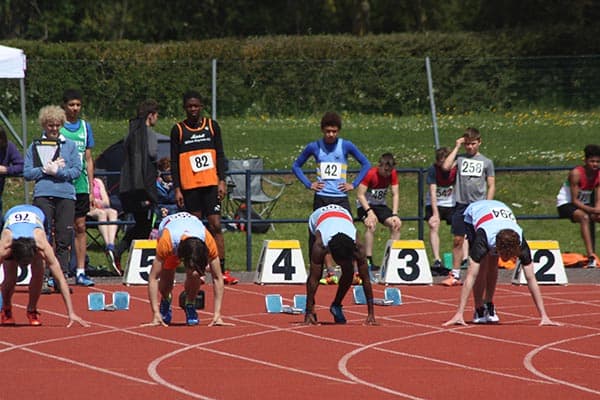 Across the river in Berkshire, Michael Hall finished 3rd in the 200m.

In the Senior Ladies, Lisa Fitzpatrick had a busy weekend placing first in the long and triple jump and finishing 2nd in the 100m.
Jemima Hay narrowly missed out on a medal in the 100m but was a comfortable winner in her best event, the Long Jump and also placed 3rd in 80m Hurdles.
Ella Griffin was our other stand out performer for the Club, winning the u17 300m hurdles in an English Schools qualifying time.
Amy Hogbin u15 Pole Vault 1st and Daniel Cogan u13 Long Jump 3rd also medalled.
Well done to everyone who competed. Success in athletics is about perseverance.
by Matt 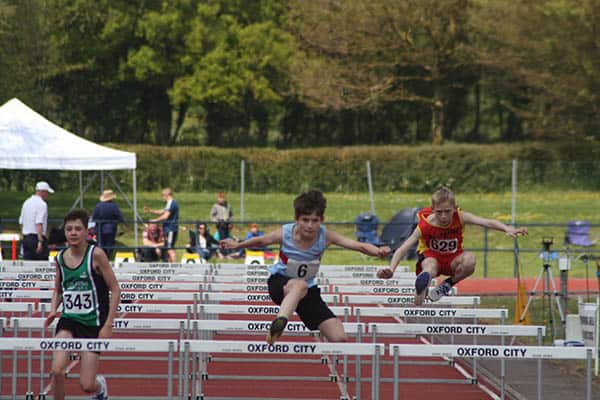 We were pretty lucky with the weather at this years County Champs, both days provided good racing conditions, with only slight blip on Saturday. This helped to result in four County Champions and a total of around 14 PBs.
The 1500s took place on Saturday and the 800s on Sunday.

1500s
The racing started with the U13 girls, Libby Sutton ran a great race and managed a big PB followed by Ellie Faulkner.
In the U13 boys race, the weather became a bit cross country-ish, the wind picked up and it rained heavily and just for the duration of the race! This didn’t put the boys off and Casper Chillingworth ran a very mature race, finishing in in a time of 5:02 a big PB. Daniel Cogan ran also ran bravely in his first 1500m.
In the U15 girls race, Tilly Firth was our only competitor and ran well managing to avoid trouble in a packed and untidy race. 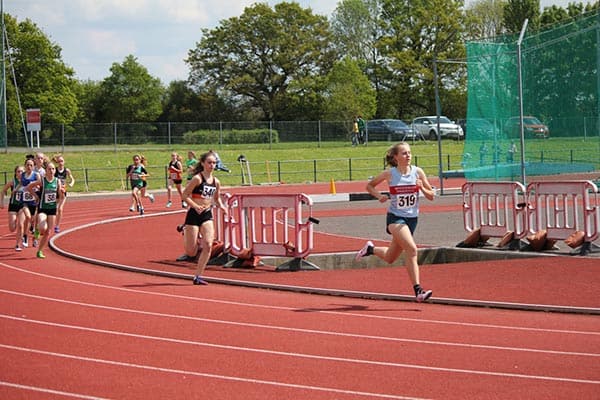 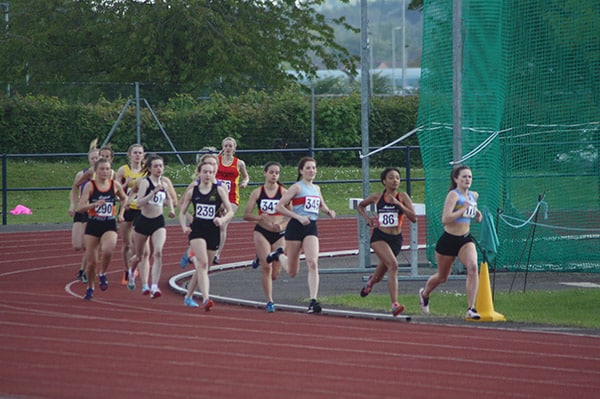 One of the highlights of the day came in the U15 boys race. Rollo ran a tactically perfect race, stalking the lead runner and making his move at the right moment. Not only did he win to become County Champion, but he managed a big PB too, finishing in a time of 4:38. 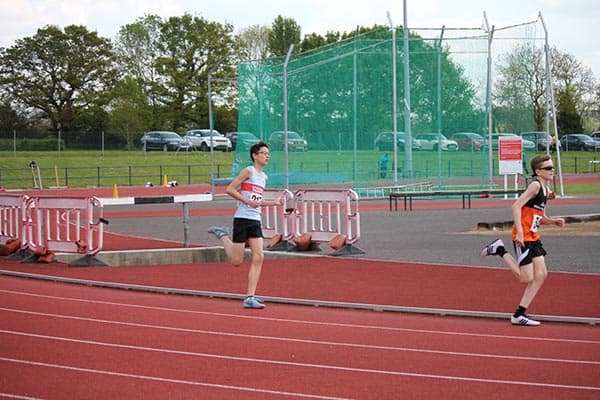 In the U17 women’s race Kirsten found herself in a race of cat and mouse with Orla Williams. Orla made a move with 400m to go, but Kirsten used her strength to get the lead back and eventually won in a time of 4:35.46 which was also a Championship Best Performance.
In the U17 Men Jacob ran another quick race, finishing 9th out of 16 in a time of 4:22.76 which was another PB, as he continues to bring down his 1500m time.
We had no one in the U20 Women’s 1500. But in the U20 Men’s race we had a medal winner. Fin finished 3rd in a great time of 4:15.04

800s
On Sunday, the weather was even better and almost perfect for 800m racing.
First up were the U15 girls, which was run as a straight final. The race was always going to be between 3 girls; the Henderson twins from Chiltern and Olivia. The Henderson’s were favourites, but Olivia has been running very well over winter. In the end the 3 girls finished within 1 second of each other. With Olivia finishing in 3rd in a time of 2:19.45, which was also a big PB.
In the Boys 800m race, Rollo was aiming to repeat some of the success of the previous day. This race was run as 2 heats, with the final later in the day. Rollo managed to finish 4th in the heat and qualified for the final in a time of 2:17.56 which was also a big PB. In the final he finished 6th in a time of 2:16.44, managing a second PB of the day. A great weekend for Rollo!
The U17 Women’s race was run as a big one-off final with 13 runners. Kirsten was aiming for her second championship gold of the weekend. This she managed comfortably, leading the race from start to finish, with a time of 2:17.57. Maddie also ran strongly and finished 7th in a seasons best time of 2:31.42.
The U17 mens race was run as two heats and a final. Harvey ran a sensible race to guarantee a place in the final. Luke in the same race as Harvey, finished in a time of 2:15.86 which was a PB. And Nick in the other heat finished in 2:18.91 just missing out on a PB. In the final Harvey ran well again and showed real fighting spirit in the last 100m, just holding off the challenge of a Milton Keynes runner to finish in 4th place.
In the U13 girls 800m we had Libby Sutton, Thea Gray and Lyla Griffin, they all ran confidently and all 3 came away with PBs, well done girls!
We had three boys in the U13s race. Sam Sanderson finished 2nd in a very fast race (the winner finishing in 2:11), closely followed by William Alexander in his 6th event of the weekend and followed by Rufus Parry.
In the U20s Fin was aiming for another medal and managed it, finishing 3rd in a time of 2:02.47.
The last race of the day with WPH interest was the U20 women’s 800. The organisers decided to combine the race with the senior women. Cerys was our sole representative. She started quickly tucking in behind the leading group. Towards the end of the first lap she started to move her way through the field into 2nd behind Molly Jones of Windsor. With 150m to go she powered past to win by a comfortable margin becoming County Champ for the 2nd year in a row. A great finish to an enjoyable weekend.
And finally, although not strictly Middle Distance, still well worth a mention was Alex’s 400m hurdles, where he just missed out on a gold, but managed another PB, his third in a row!
by Mike Taylor 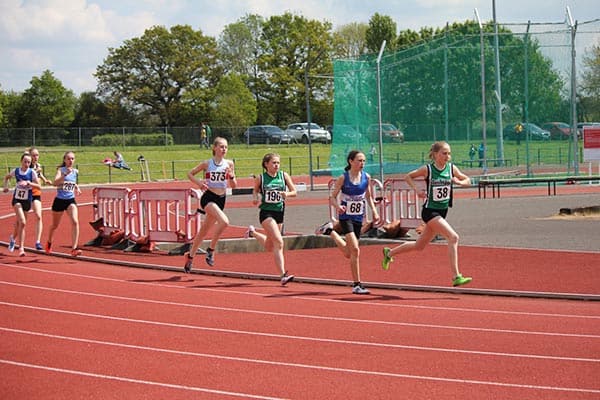 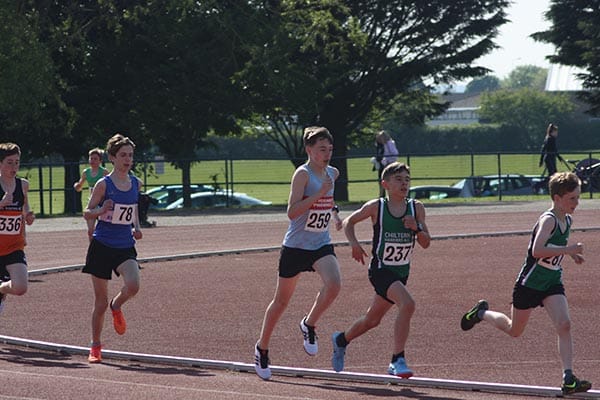 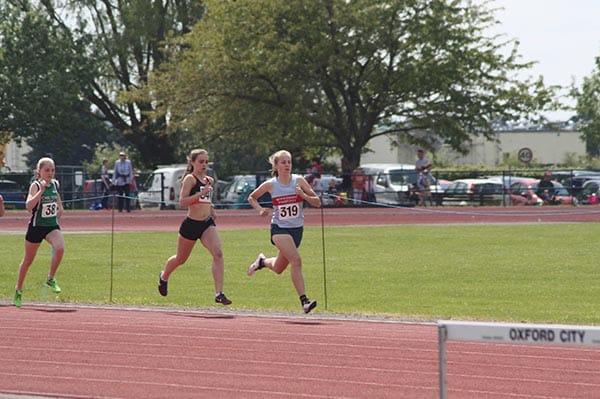 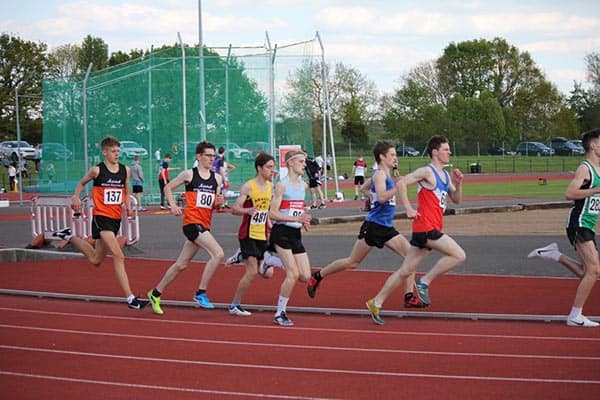 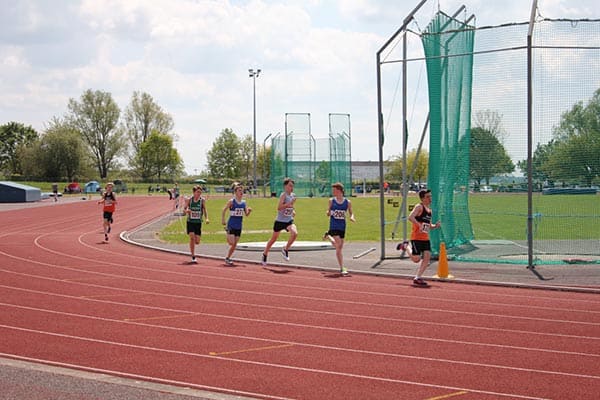 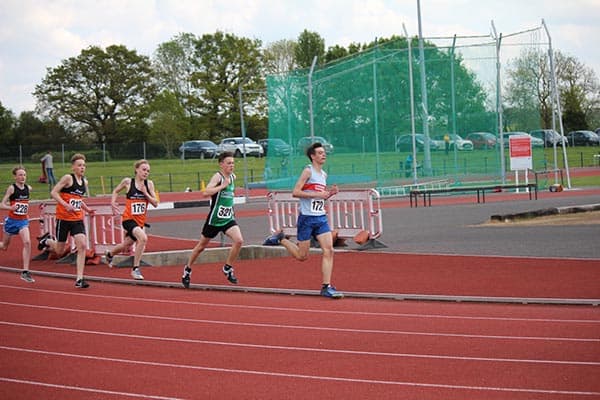 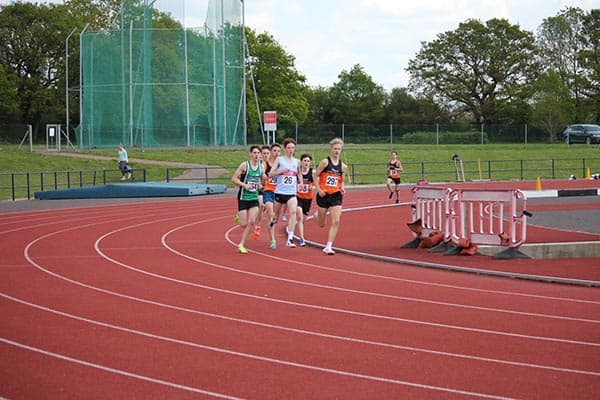 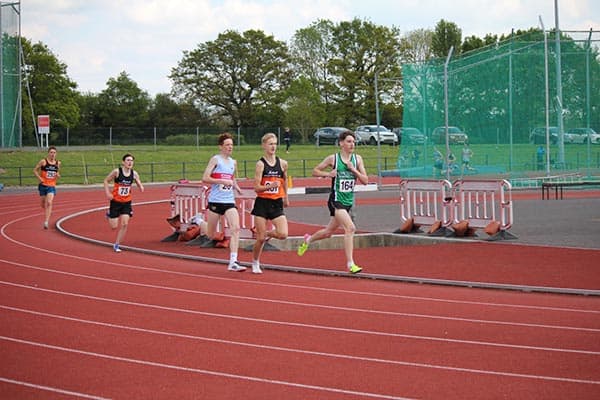 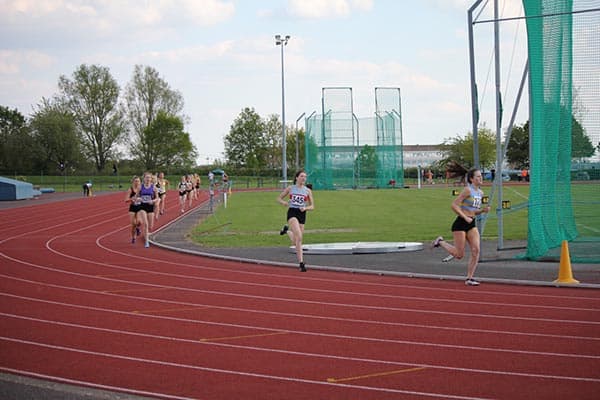 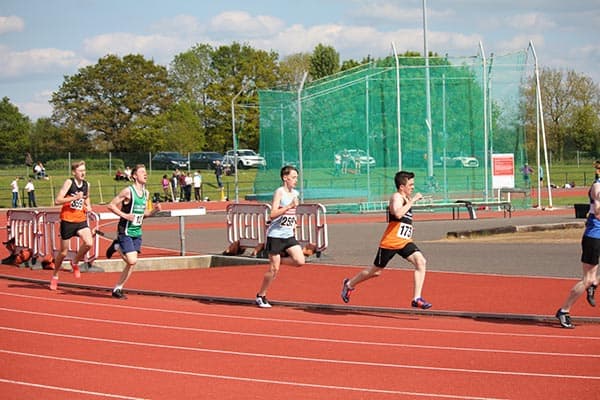