The final round of the Chiltern Cross Country League saw us at a very windy Campbell Park in Milton Keynes on Saturday.  The rolling grassland hills make for a great course; perhaps the best of all the venues used.

Last year our senior women just missed out on the medals. This year has been a different story though. We don’t have a big squad but they are determined to do well. Only a disaster would see us not win and we duly did by a big margin from Milton Keynes. Pippa Woolven was a clear winner and won the overall League title. Alex Cook continued her best ever cross country season and leaped ahead of an unwell Zoe Doyle to finish 4th overall and 1st v35. Zoe held onto 5th overall in the League and 2nd v35. 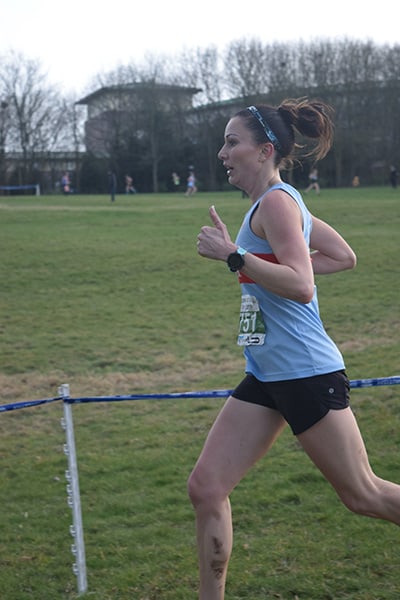 The key to doing well in a League is consistency and that is what we have with Jenny Roberts and Laura Street. They ran every match and both improved throughout the season. 9th and 13th respectively on Saturday. Jess Gray’s main focus is a lot longer than 5.5km but a 19th place finish gave her a great under distance workout. Fran Sille and Karen Foxwell Moss have been great additions, both finishing in the top of the field, and will probably be key members of the team going forward. Great to have them on-board. 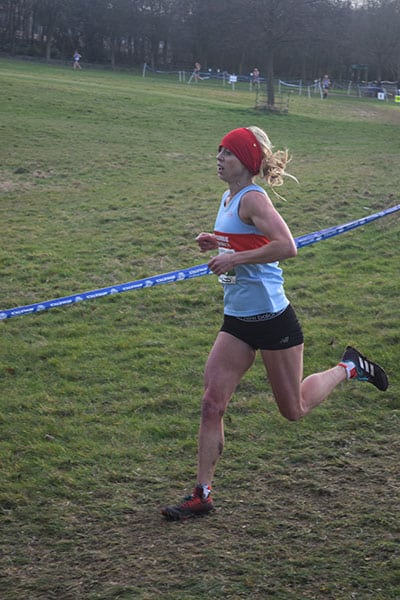 Last year our Senior Men were surprise bronze medallists. We’ve struggled a bit at times this year but the team were determined to come home with a medal and they duly did. Joe Branch led us home. Run of the day though was the inform Sean Wilson with his highest ever finish in the League in 19th. Kieran Gilfedder had started very positively but was caught by Sean and Tim Hogbin in the closing stages. Frank Fulcher, Fin Dyer, Chris Filer, Paul Gilbert then all packed in the top 60. Dan Barker has run and scored in every League race. He has been a great member of the team this year. Vlad Nebolsin made his debut for the season and closed the scoring 10. A great effort by our guys. A couple of other teams actually have some quicker runners but they don’t have our enthusiasm and desire and fail to get them to run regularly. Our consistency won another League medal.

We had more juniors out for this match than usual because for once the race didn’t coincide with half term and for many of them it was their first time on this tough course.
Highlights of the day included a 2nd place for Kirsten Stilwell in the U17/20W and a 3rd place for Jacob Sanderson in U15B. In the final standings Jacob narrowly missed out on a medal coming fourth in the league (with the same points as third position).

The club now has a large junior section, but the numbers of athletes turning up for the Chiltern League don’t currently reflect these numbers, hopefully we will be able to get more athletes out next season.

Overall, after the 5 matches, the club wound up 4th, behind Milton Keynes, Bedford and Chiltern. As in all sports, a league is a real ‘barometer’ to measure the strength of your team and 4th is a fair reflection of where we are. Hopefully, the years in division 2 are behind us and we can look to challenge the teams above us.