Luckily the ghost of Michael Fish didn’t appear on Saturday and the skies were clear and it was pleasantly warm at times. Which proved to be perfect conditions for the grand finale of the Chiltern League season at Campbell Park, the most marmite of all cross country courses.

Although we still lack numbers when compared to other clubs (e.g. Chiltern had 64 athletes!), we make up for it in guts and determination, no better exemplified than by Ellen Cooper in the U17 women’s race. Ellen was spiked in the thigh early on in the race, but continued to the end and thereby helping to seal the team’s bronze medal position before heading off to A&E to have 5 stitches. This an example of true-grit, determination and taking one for the team. Well done Ellen, your medal is ready and waiting for you!

In the same race Kirsten Stilwell continued her great season and ran superbly to finish first and 42 seconds ahead of the 2nd place runner. The 3rd scorer for the team was the ever present, consistent and reliable Mia Caddell. The girls were ably supported by Rebecca Rees-Davies and Maddy Wood.

Other highlights included the U15 boys where for only the second time this season we managed to put out a full team with the welcome debuts of two new members Oscar Brown and Finn Heron. Both boys ran great first races on a difficult course. Raihan Lenoire and Owen Westbrook made up the rest of the team finishing 14th and 26th respectively.

The Ladies team were absolutely delighted to win the Chiltern League for the second year in a row. It was a close thing because we weren’t sure we would have a full team out for the last fixture. Luckily Nicki stepped in and Claire rearranged her weekend plans.
It was a lovely sunny day for the last fixture at Campbell Park. The ladies all ran exceptionally well. Mel leading us home at the front all the way. Alex has her best race of the season and her top finish at the Chiltern league in second. She was focused and determined to give her best. Mel’s encouragement also helped her get well clear of the third. Our third scorer Nicki who possibly started off a bit fast but had a very strong run. Thank you to Nicki for helping us so much in the last fixture. We would obviously love to get her out a bit more often. Mel Phair was our fourth scorer. Mel’s improvement has been huge this season and we would all like to congratulate her on another great race. She was so focused I am not even sure she knew she was being tracked by Jess, running for Dacorum for the first time. It looked like Mel was going to beat her but then on the second lap her shoe came off in the wooded section of the course and she had to finish without it. She came in 19th in division 1 her first top 20 finish. Fifth scorer Karen and sixth scorer Claire. Both new to cross country running but improving all the time and taking it all in their stride. They finished 37th and 41st in division 1. With so many runners with niggles or coming back from injuries we have still had an awesome cross country season. We have made some fantastic new recruits and built some wonderful team spirit. Congratulations Ladies every one of you deserved to win gold.

Senior Women’s Team Standings
We were second in the final match to Chiltern who had a very strong team out for the final fixture. Overall we won Gold
Wycombe Phoenix 3970 and in second Chiltern Harriers 3890, third Dacorum 3596.
We came won the bronze in the Ladies Vets race
Individually Mel Wilkins won and Alex won vet 35.

#Coming into the final match of the Chiltern League, the senior men’s team knew they all had to do was get round in one piece to secure a third consecutive Division 1 Bronze. There were a few dropouts going into the race so the team had to fight for each place on what proved to be a challenging course. First in for the team was Kieran Gilfedder with a 9th place finish in Division 1, surviving a rather aggressive first lap to record another top 10 finish. Next in for Wycombe was Rob Wright in 16th, continuing his recent strong form over the country to break into the top 20 for the first time. Fin Dyer wrapped up well for this one while trying to fend off a cold, coming in for strong 26th. Having just got back from a trip abroad, Andy Walling was as consistent as ever, coming home in 37th to score more valuable points. Coming off the back of a fresh 10k PB at Chichester the week before, Liam Busby scored another top 40 finish in 40th place. The ever reliable Frank Fulcher put in another strong run, coming home in 50th. Following in next was Olly Kidd in 58th, rounding off a consistent season of Chiltern League finishes. Our newest recruit, Michael Melarkey, ran as a guest in the race and finished a couple of seconds behind Kidd, hoping to make good progress in the coming months. Dean Childs was close behind in 60th, rounding off a hard few weeks racing which had also seen him produce some good performances. James Roberts returned to the fold having put together a couple of weeks of training, finishing up in 73rd place. Rounding off the scoring was the ever improving Scott Wixon-Nelson in 144th. Our last two runners in for the final fixture were Mike Taylor in 176th and Jeremy Mitchell in 222nd.
On the day Wycombe Phoenix finished just 1 point behind Leighton Buzzard for 4th however it was enough to secure another team Bronze by another sizeable margin. The result could not have been achieved without much of the consistency and resilience shown by the team over the season and of course performances by those who were unable to make the last race but still scored big points when needed. There is much hope that this may finally act as the springboard for further success and possibly even start to challenge the big teams.
1st Ben Alcock 27.17 Bedford and County AC, 12./9th Kieran Gilfedder 29.09, 46./39th Robert Wright 29.26, 31./26th Fin Dyer 29.54, 43./37th Andrew Walling 30.40, 48./40th Liam Busby 31.08, 59./50th Frank Fulcher 31.45, 69./58th Oliver Kidd 32.01, 71. Michael Melarkey 32.03, 72./60th Dean Childs 32.07, 89./73rd James Roberts 32.37, 205./144th Scott Wixon-Nelson 36.46, 257./176th Mike Taylor 39.03, 365./222nd Jeremy Mitchell 51.12.

A big thank you to Duncan Griffin for organising the numbers and the tent for every race. I know all the Athletes hugely appreciate all your efforts. Thank you so much for doing a great job. 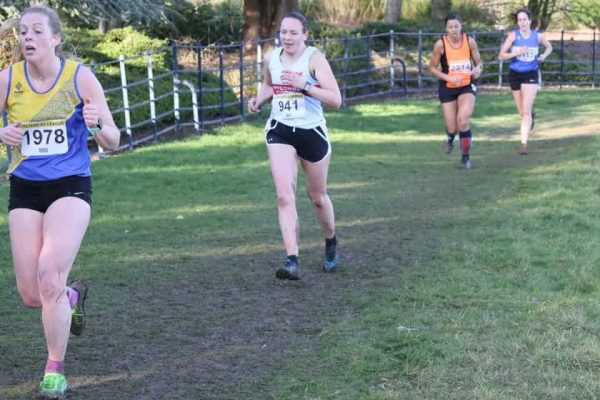 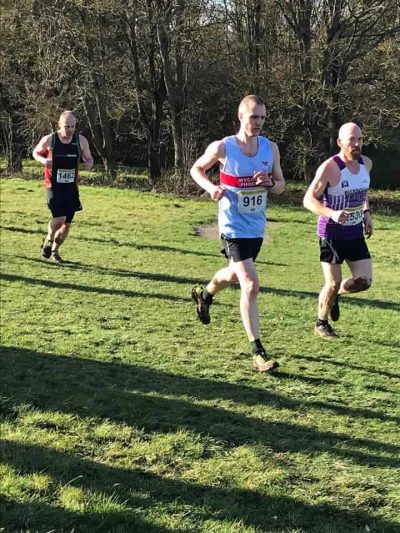 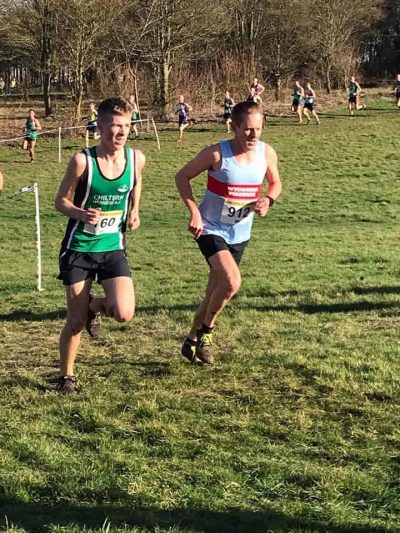 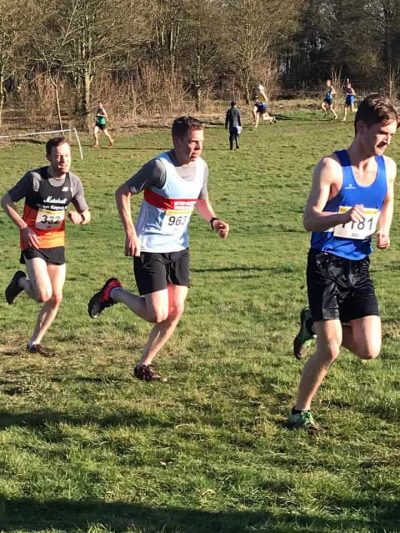 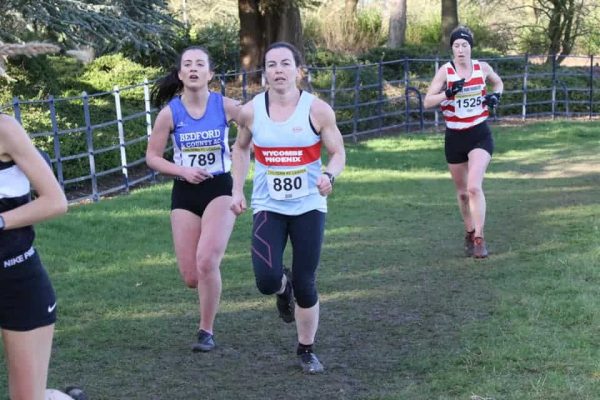 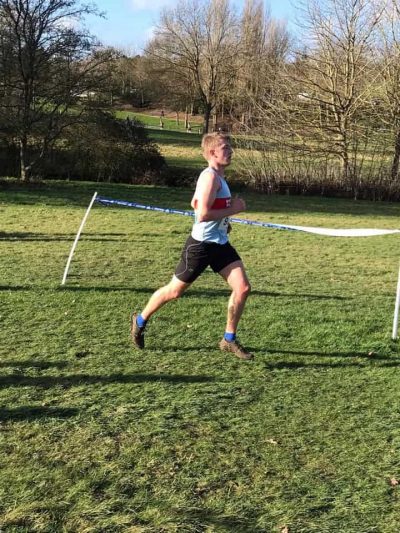 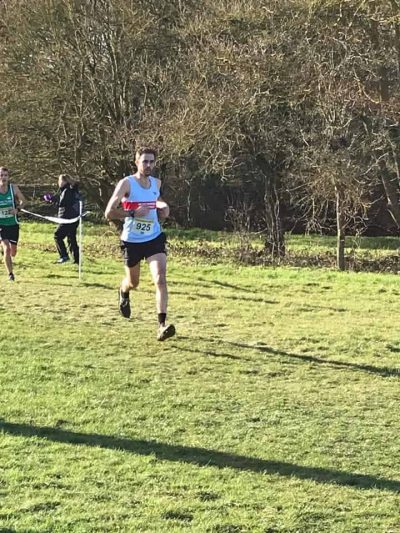 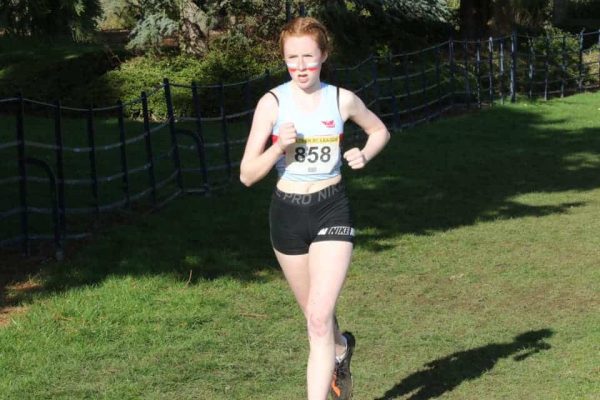 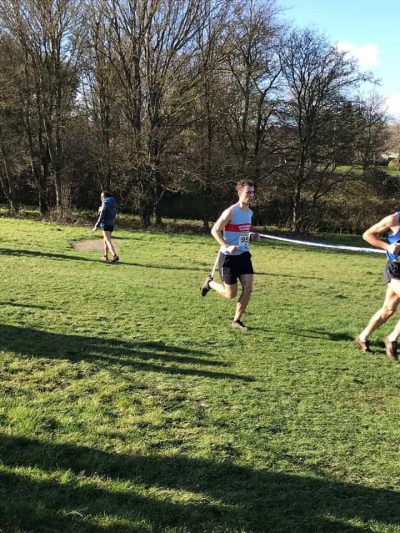 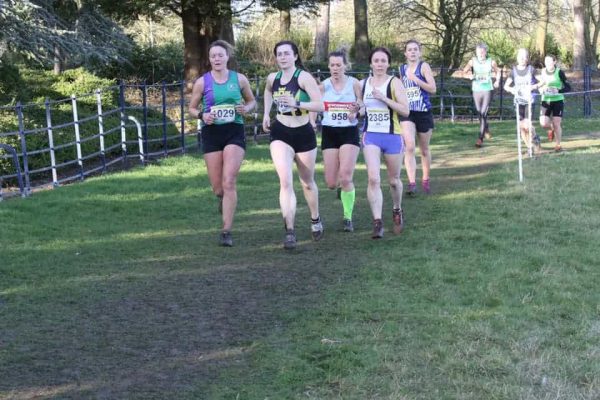 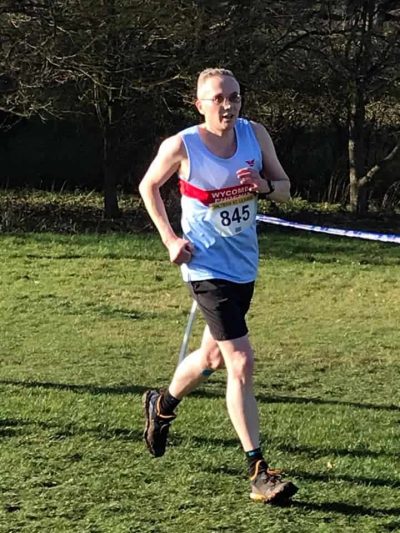 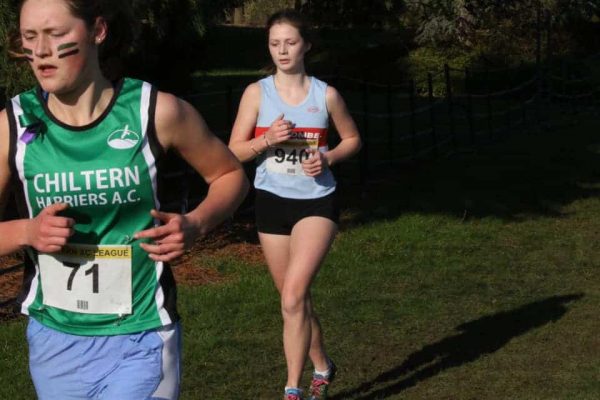 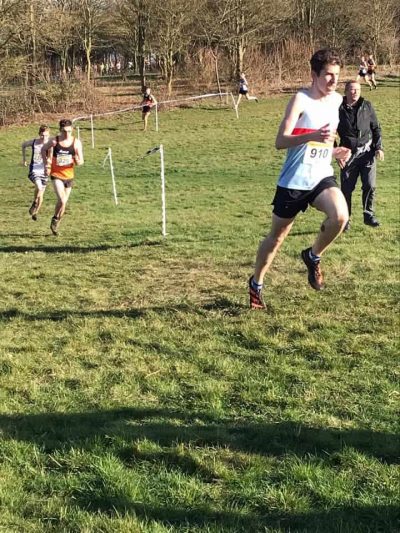 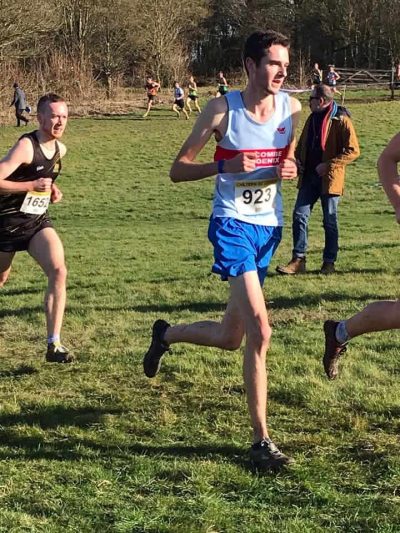 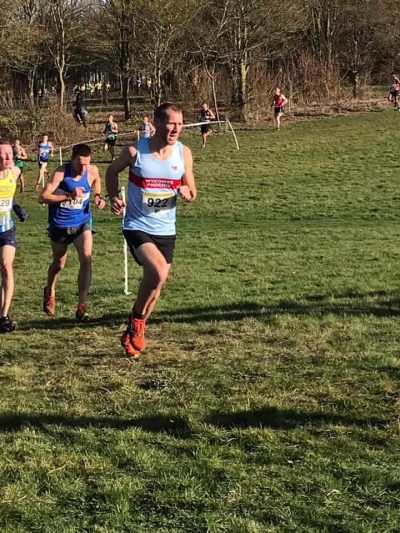 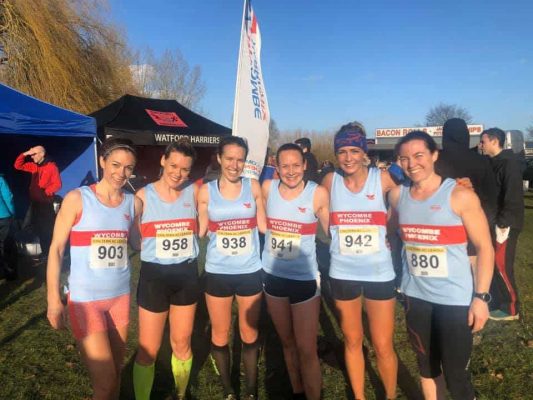 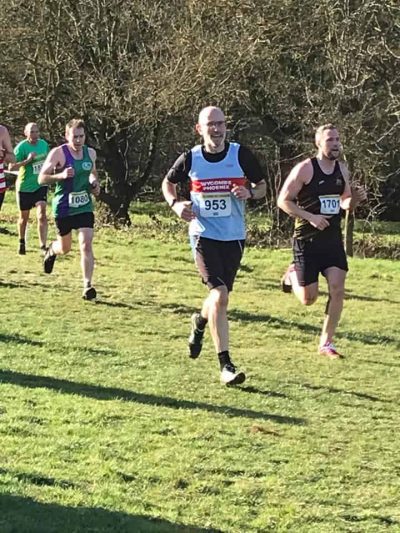 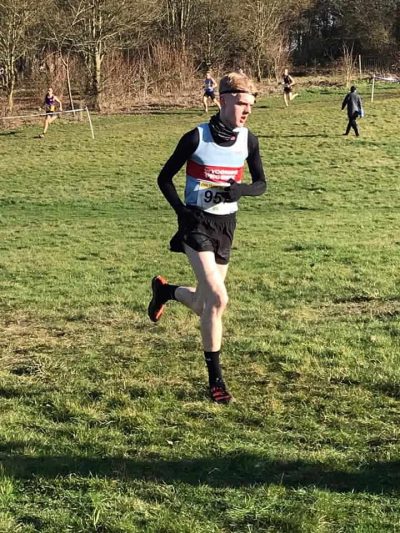 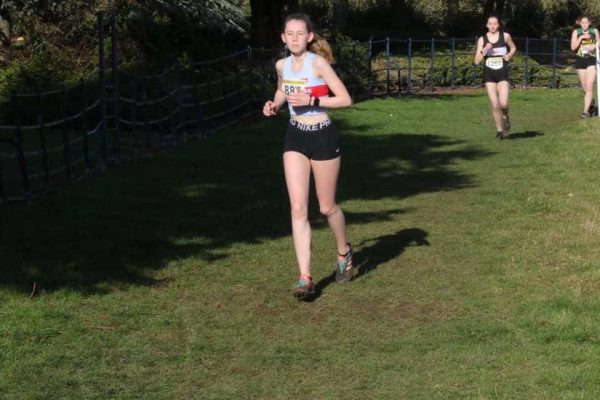 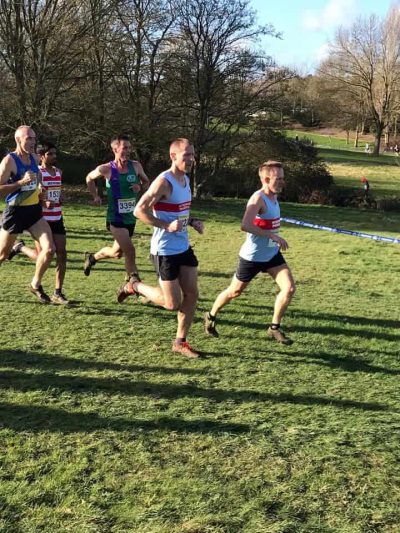 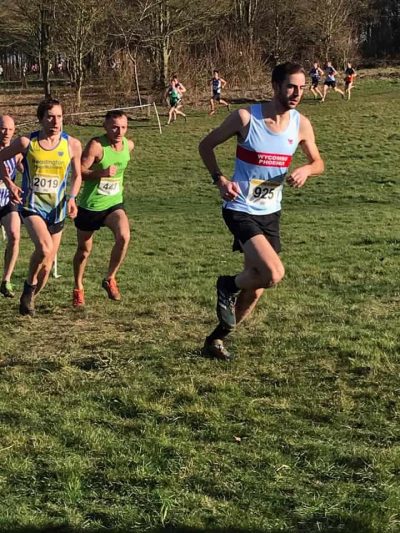 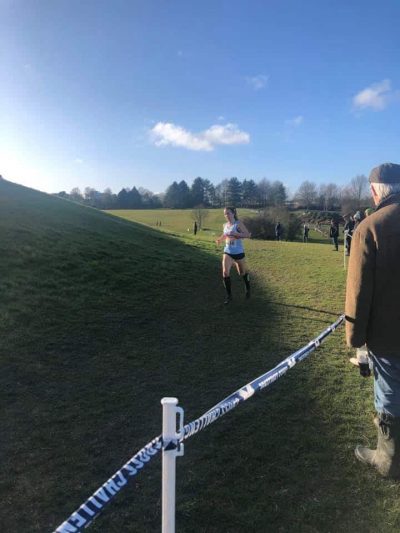 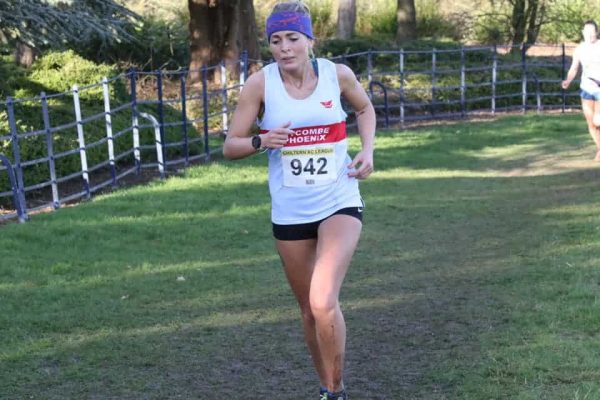 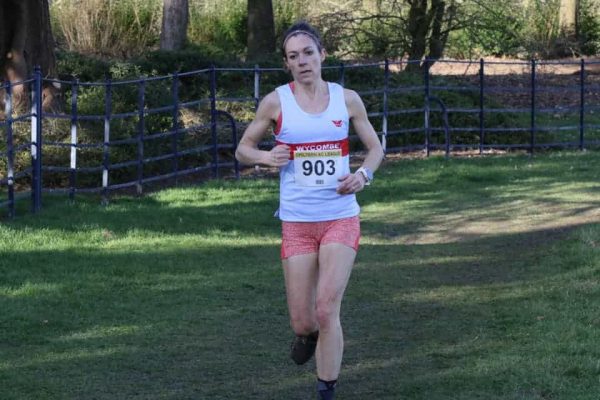 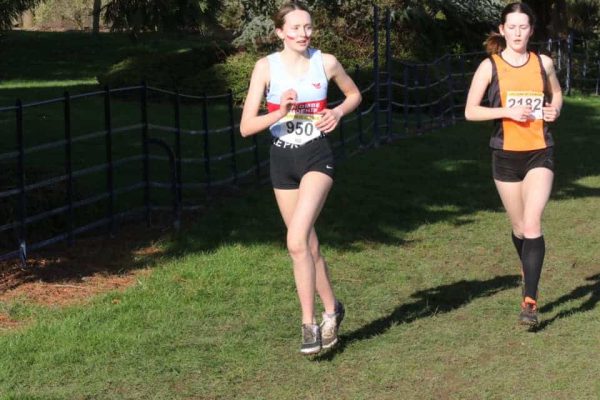